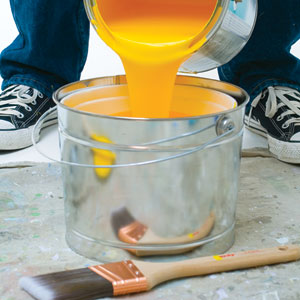 In a fit of clarity and logic, the EPA will delay enforcement of a rule requiring contractors to take additional precautions when renovating houses where children could be exposed to lead dust from old paint until Oct. 1. Although the Senate passed a much-needed delay of the $37,500-per-day-per-incident fine, there are still more onerous points to the lead paint debate to hash out.
The NAHB said the delay will give contractors and remodelers much-needed time to get the training to meet the stricter requirements. “EPA listened to our concerns and did the right thing,” said NAHB Chairman and Bloomfield Hills, Mich. Builder Bob Jones.
So that’s a bit of good news. Outcry and pressure from the industry worked. Now that we have breathing room on the enforcement side perhaps we can take a look at some of the recent changes to the lead paint rules. One aspect of the bill that has been getting some attention is the proposed Renovator Rule. If enacted, the latest EPA-backed revision will require laboratory-level dust clearance for many small jobs, at a cost of hundreds of dollars per job. Worse yet, the proposal also makes it illegal to use most of the HEPA vacuuming systems recently purchased for this EXACT purpose.
We’re not ones to say that lead paint isn’t dangerous or that the legislation isn’t necessary. According to the Centers for Disease Control, more than 30,000 children in the United States tested positive for lead poisoning in 2007. That is unacceptable.  But as of May of this year there were 212 training providers with 10,000 courses offered, and more than 230,000 renovators had already been trained.  However, we don’t need to look very hard to tell the number of teachers available have been far too few to make a dent in the numbers of contractors who can potentially work on pre-1978 homes — including roofers, plumbers, painters and general contractors.
As of April 22, any person being paid to work in a home built before 1978 must be certified. Homes built after 1978 do not have lead paint in them. A provision in lead paint rules has allowed owners of older homes to opt-out of the lead-safe work practices mandated by the rule if no children under six or pregnant women resided in their home. That came to an end on July 6th.
The rule also requires contractors to post informational signs, use work-area containment measures and waste handling/cleanup measures. Work practices such as open-flame burning of lead based paint are banned (not that you’d want to do that anyway, right?) and limits machine sanding or grinding. The rule applies to projects in all states that do not already administer a similar EPA-authorized Renovation Rule.
http://www.epa.gov/lead/pubs/regulation.htm

What Exactly Is a Zero Carbon Building? There Is Finally a Definition
#Construction #SustainableDesign #SustainableBuilding #CarbonCrisis
https://bit.ly/3vC6tnt

Some of the Richest U.S. Neighborhoods Miss Out on Housing Boom
#HousingMarket #HousingBoom #RealEstate #HomeBuying
https://bit.ly/3gwgSNu